Amazing hadith and facts about Honey

"By Him in whose hand is my soul, eat honey. For there is no house in which honey is kept for which the angels will not ask for mercy.

If a person eats honey, a Thousand remedies enter his stomach and a Million diseases will come out. If a man dies and honey is found within him, fire will not touch his body [i.e., he will be immune from the burning of hell]." hadith

The Prophet (peace be upon him) himself used to drink a glass of honey and water each morning on an empty stomach.

Thus is sunnah to have Honey mixed in water in the morning..! 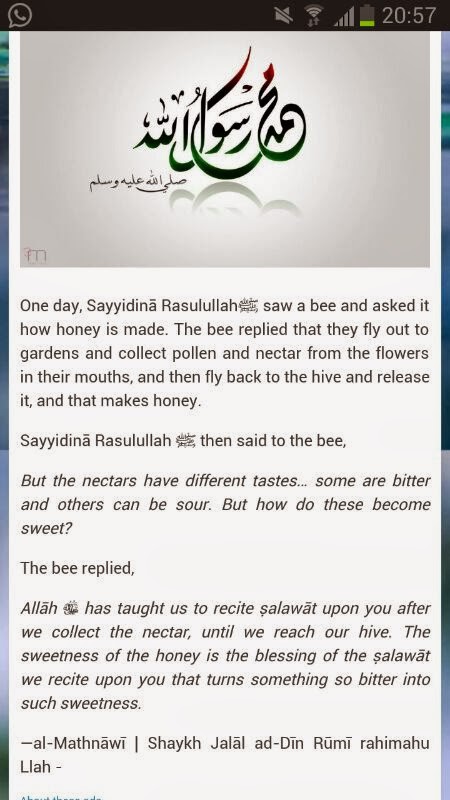 Allah has said, “There comes forth, from within [the bee], a beverage of many colors in which there is a healing for you.” Mixed with warm water, and taken in several small doses, honey is considered the best remedy for diarrhea. The Prophet (peace be upon him) once said, “By HIM in whose hand is my soul, eat honey. For there is no house in which honey is kept for the angels will not ask for mercy. If a person eats honey, a thousand remedies enter his stomach and a million diseases will come out.

If a man dies and honey is found within him, fire [burning of hell] will not touch his body.” The prophet (s.a.w.s.) himself used to drink a glass of honey and water each morning on an empty stomach.

NOTE: only buy unpasteurised honey from local producers, otherwise you only buy glucose which is pointless. 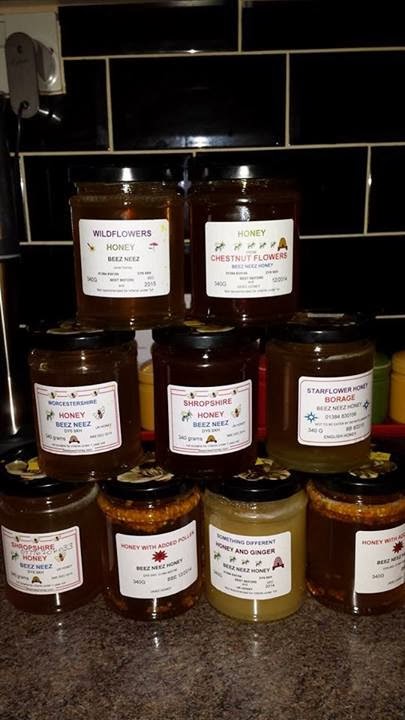 When you buy local honey from small beekeepers, you're almost always buying "raw honey." Unlike large-scale commercial honey which is pasteurized (heated) to kill bacteria and extend its shelf-life, raw honey contains all of its natural enzymes and flavors.Raw honey is neither pasteurized nor filtered. It can get hard and grainy if exposed to moisture, so it needs to be kept well sealed in a cool, dark cupboard if at all possible. While it may look gorgeous to leave jars of raw honey on a window sill to sit in the sun, doing so will cause the honey to crystallize before its time.If your raw honey does get grainy, you can "liquify" it again by simply letting the jar sit in a bowl of warm water until it all "melts." Note that this is but a temporary solution; the honey will turn grainy again when it cools back down.Raw honey tends to have a more complex flavor profile than pasteurized honeys, so take advantage of it by serving it simply. Sure you can stir it into tea or use it to sweeten salad dressings, but try raw honey drizzled over plain yogurt or spread on whole.

In fact, it is most optimal for our health to consume honey from our local area anyway, rather than honey that came from the plants of another area. While non-local, raw honey won't hurt us, local, raw honey will have more benefits for us. There is a growing belief amongst the natural health experts and community that raw honey from local sources is beneficial for treating seasonal allergies like Hay Fever, as well as helping with asthma, and being most beneficial for your immune system's particular environment needs. It is always best to source out raw, organic honey, but whether your raw honey will be organic or not will greatly vary depending on its source as well. Some experts believe that there is no such thing as truly organic honey, however organic honey certification is available. Beekeepers have to meet stringent production standards and conditions to be certified organic. Raw, organic honey cannot contain any pesticide residues or environmental pollutants. Organic hives also cannot use non-organic honey, sugar, or any antibiotics or pesticides for their bees.Depending on your source, it is normal for raw honey to contain particles of bee pollen, honeycomb bits and propolis. These in themselves have health benefits which make raw honey sought out for even more health reasons.


Honey & Cinnamon – The Natural Cures & Health Benefits Nutritional Benefits of Cinnamon & HoneyGiven that honey and cinnamon can be used quite easily in many meals whether we are making breakfast foods, snacks, sauces or savoury recipes, knowing the nutritional benefits you are adding to your meal might make you consider adding either or both to your next meal.Honey contains B6, thiamin, niacin, riboflavin, pantothenic acid and certain amino acids. The minerals found in honey include calcium, copper, iron, magnesium, manganese, phosphorus, potassium, sodium and zinc.Cinnamon is a good source of manganese, iron, calcium and fibre even in small doses. Cinnamon also contains vitamin A, and vitamin K, but daily values are not incredibly significant.Health Benefits of Honey & CinnamonAlong with nutritional benefits, honey and cinnamon also contain several health benefits that should be considered.Immune System: Honey and cinnamon are great for boosting the immune system, eliminating chronic fatigue and increasing life span. If our immune system is compromised, we open ourselves up to flu’s, viruses and colds, using honey and cinnamon can help fight these illnesses as well. The antioxidants found in both honey and cinnamon combine to combat the free radicals in the body’s organ systems.Diabetes: Cinnamon contains antioxidant flavonoids whose effect closely resembles that of insulin, meaning that it can encourage glucose out of the bloodstream and into the cells where it is needed for a functional energy source. Energy, as a pure source of natural sugar, does not cause nearly the fluctuation in blood sugar levels that many artificial sources of sugar do, and cinnamon’s effects, when combined with honey, show a steady use of glucose by the body, and an improvement in Type 2 diabetes management.Weight Loss: A mixture of honey and cinnamon in warm water is considered a good weight loss tool. It is important to note that combining with proper diet and exercise is also key in creating healthy weight loss.Cancer: Phytochemicals found in large amounts within honey have been linked to preventing cancer, while cinnamon has certain anti-tumor properties that can also decrease the chances of metastasis or the spread of cancer through tumorous growth. Certain acids within honey also directly shut down the activity of two enzymes, lipoxygenase and phosphatidylinositol-specific phospholipase C, which have both been linked to producing cancerous materials in the body.Itching/Insect Bites: If you take one part honey to two parts of lukewarm water and add a small teaspoon of cinnamon powder, you can make a paste and massage it on the itching part of the body. Any pain should go away in about a minute or two.Digestion: Honey and cinnamon can help to increase the health and functionality of the digestive system. If you take a couple tablespoons of honey with some cinnamon sprinkled on top before eating, it can relieve any indigestion that might normally occur after eating.Arthritis: Arthritis patients may take daily, morning and night, one cup of hot water with two spoons of honey and one small teaspoon of cinnamon powder. If taken regularly even chronic arthritis can be cured.Skin Care: The benefits of honey and cinnamon extend to skin care as well, where minor skin infections and pimples can be treated with a simple application of a paste formed from these two precious foods. This can be done on actual wounds, or on the skin as a general spread due to its anti-inflammatory, antiseptic, and antioxidant characteristics, which can reduce the appearance of age-related spots and wrinkles by reducing the impact of free radicals in the skin.Heart Disorders: Honey and cinnamon are used for reducing cholesterol levels and thus provide additional protection to the health of your heart. A high cholesterol level (LDL or “bad” cholesterol) can result in atherosclerosis or plaque buildup on the walls of arteries and vessels, thereby increasing the chances of a clot forming that can result in a heart attack or stroke.